I realize that I have recently changed my oldest daughters room, but after living with it for a while I could see that her room was lacking a couple things.  One: a true focal point and two: space.  She has pretty large furniture in a fairly small room.  Her bed frame doesn’t exactly fit into a corner, so it needs space on either side.  I tried centered on a wall and centered in front of the window, but it left little space on the sides to even open her drawers. 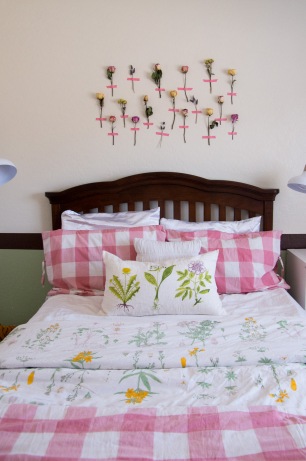 I really liked the bed in front of the window, but it’s also a kid’s space. She needs room to do other things and play! She needed room on at least one side of her bed, but moving the bed off center, created awkward space. I needed to move the window, or create the illusion that the window was moved.  I did a little research, and on Pinterest, everyone was moving and off center window and I needed to move a centered window.  However, the concept was the same for both. 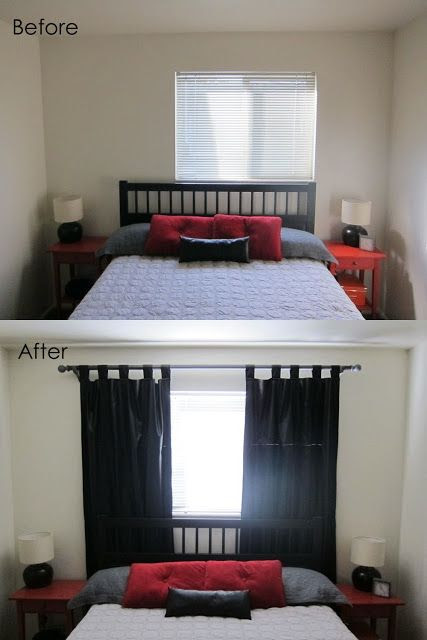 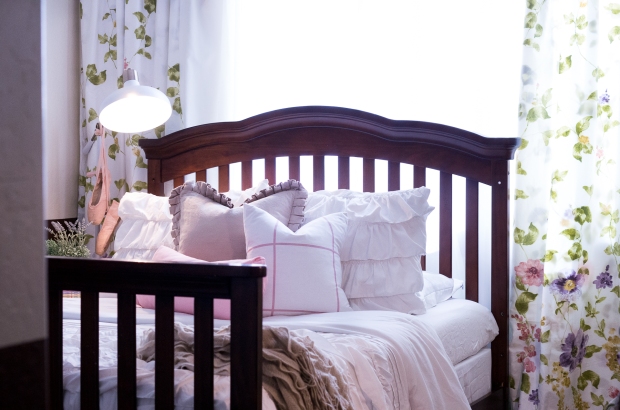 While I was deciding to make some changes to her room, we were also cleaning out the RV for a trip.  I wanted to move around some of the linens so I ended up putting the white ruffles in here. I wanted to keep the flowers theme, and I thought big dramatic floral print would give a lovely focal point.  I adore the feeling from these spaces. 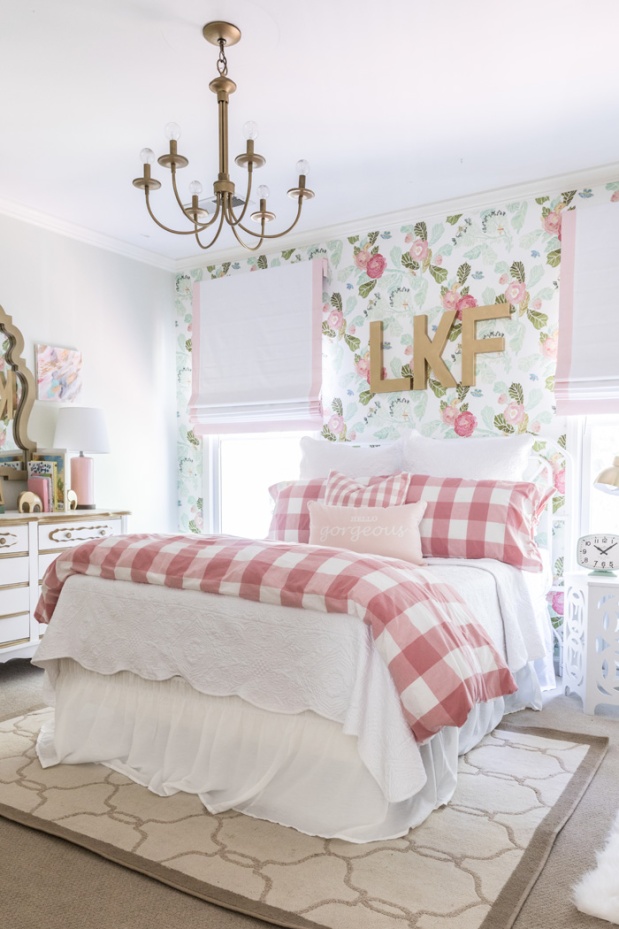 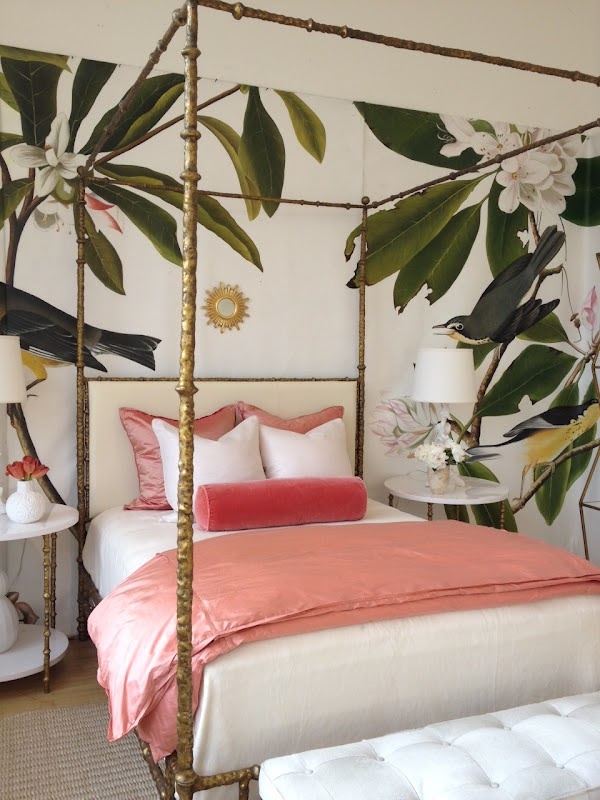 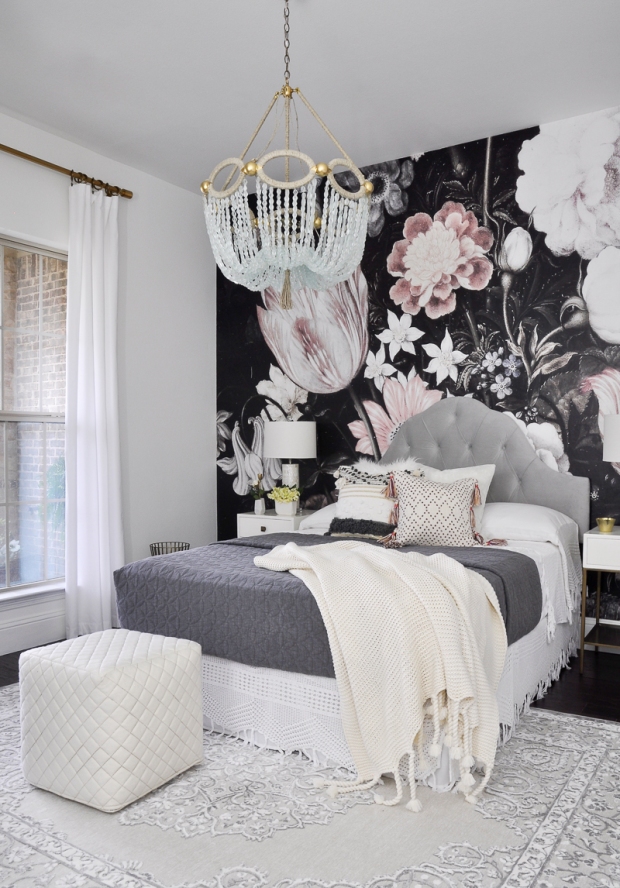 However, I was not ready for that commitment. So I decided floral curtains to create my window illusion would make more sense. I started the search for curtains. Well the selection was slim.  A friend of mine sent me a picture of some floral bedding from Home Goods, and I thought it was just beautiful.  So I decided to make my own curtains from the duvet.

I took the queen size duvet, folded it and cut it in half.  So scientific.  I could have sewn up the sides, but I didn’t, I was too excited to put them up.  I didn’t need to make a sleeve for the rod because I planned on using clips to create pleats.

I used the shears already in her room to over the middle, then hung the floral on the outside of the window and slightly covering one side. To make it look like the window was slightly moved to the left side.

I hung them temporarily with command hooks, to make sure I was totally on board with the look.

Here you can see the added space on the side of her bed.  The dresser can open all the way, and her chair fits in her room again.  On the opposite side, there is room for a small nightstand.  I am using plastic drawers with storage in the mean time until I find a more permanent solution.

She also has a lot more space at the foot of her bed, and into her closet. Her American Girl stuff is all in her closet and there is a lot of room to pull it out and play.

She also has some toys stored under her bed and this is much easier to pull those out as well.

What do you think?  Have I accomplished a dramatic focal point like those wall paper rooms?  I know that the daughter likes it.  She likes the curtains, the space and the ruffles.  She did complain about the little night stand, but you can’t have it all, I guess. Here are a few more shots of the room.